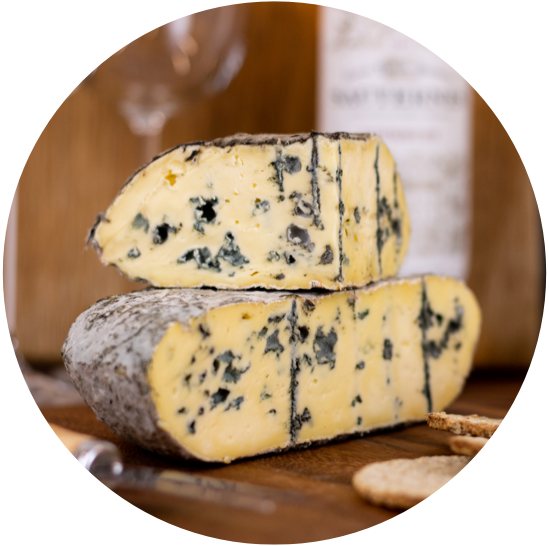 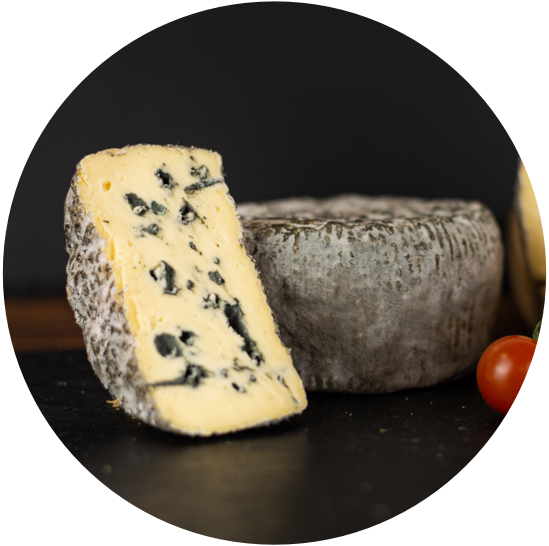 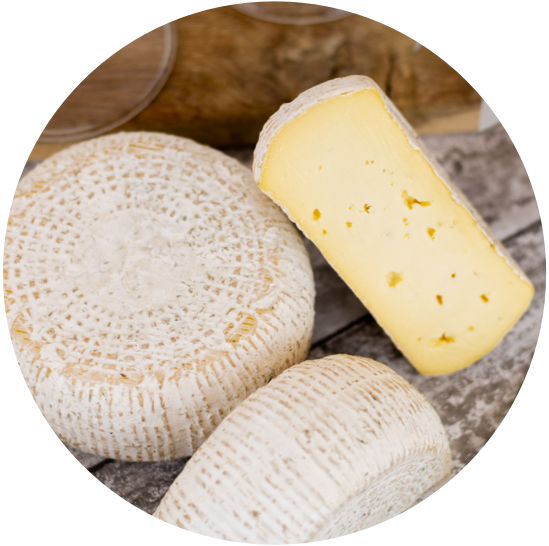 Founded by Sandy and Andy Rose in the early 2000s, Two Hoots Cheese is a small operation that grew out of Sandy’s cheesemaking hobby and farming background. “My dad was a dairy farmer in Berkshire,” she explains. “In the early 90s my husband Andy and I set up a smallholding in Hampshire where we kept rare breed cattle, goats, chickens and a pig. We also ran a mobile farm taking the animals out going out to local schools. We were milking the goats just for ourselves, but it was suggested that we should try making some fresh cheese from the milk. Our first batch was created in a bucket in the kitchen in 1999, then left to hang in a muslin bag in the shower and that’s where it all started.” 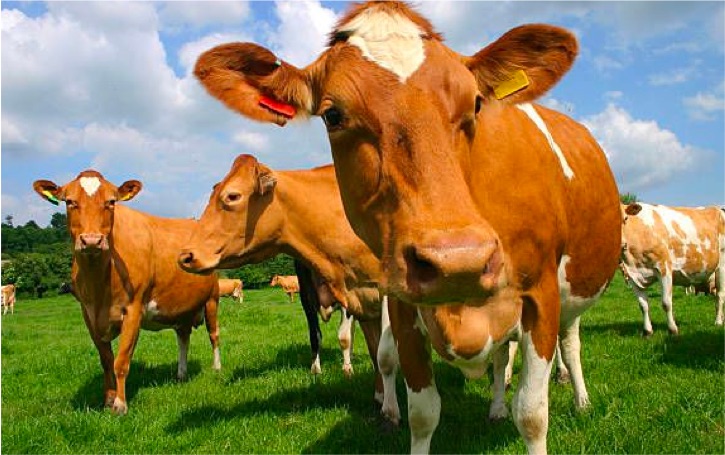 WHERE IT ALL BEGAN

Sandy and Andy started selling their fresh goat’s cheese at local farmers’ markets and a few shops, and decided they enjoyed the lifestyle. They moved away from the smallholding to Barkham, on the Hampshire/Berkshire border and started to look at making cheese full-time.

While they brought the goats with them, Sandy wanted to move on from the fresh cheeses she’d been making previously and turn her attention to something a bit more involved. As Sandy’s dad had milked Channel Island cows, she really wanted to see if a blue cheese could be made from the same milk.

In 2003, the ammonite shaped Barkham Blue was born, with its buttery flavour, creamy texture, a mild peppery blue tang. That year Barkham Blue won Best New Cheese at the World Cheese Awards. This acted as a catalyst for Two Hoots, giving it the recognition and interest from the wholesalers and retailers alike.

2008 was a good year for the pair – they won Supreme Champion at the British Cheese Awards, a massive boost for any cheesemaker. 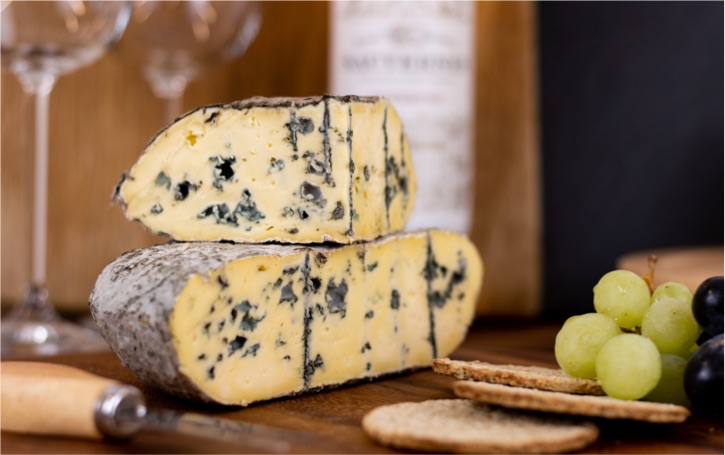 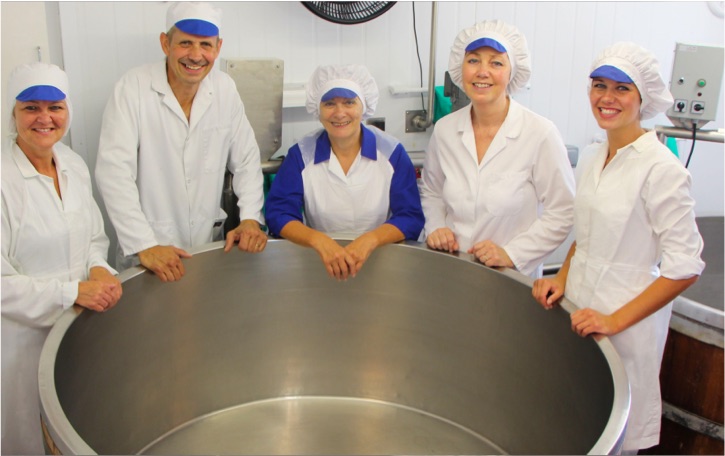 With aid of an EC Rural Development Grant in 2012 Two Hoots managed to purchase a pasteuriser. This allowed them to source their milk from herds closer to home. Sandy and Andy were introduced to Laceys Farm, a 4th generation family run dairy farm based near Marlow in the Chilterns. The Lacey’s take their job very seriously and proudly produce wonderfully creamy milk from their pedigree herd of Guernsey cows. “This was just what we were looking for,” explains Sandy, “The rich, golden coloured Guernsey milk really does give Barkham Blue® the edge with its distinctive appearance and flavour.”

Sandy and Andy have come a long way from hanging curds in their shower, but the small, family-run business is still brimming with friendly charm. 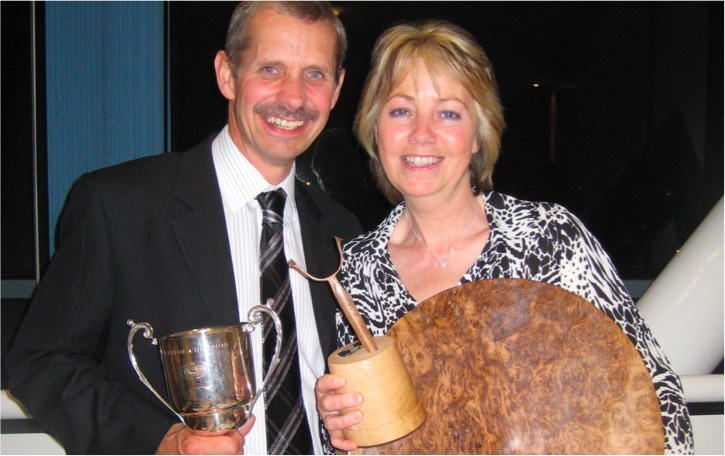 Cheeses will be available for collection Tuesday to Thursday from 10.00am until 3.00pm. Please order by 4.00pm the day before. We are happy to accept cash or card payments on collection.

Buy our cheese online from one of our trusted suppliers.

Use the contact form to send an enquiry about our cheese or any general questions you have about Two Hoots Cheese.

Alternatively you can speak to us by calling
0118 976 0401 or by emailing info@twohootscheese.co.uk